Investigation of Roadkill around Mount Fuji 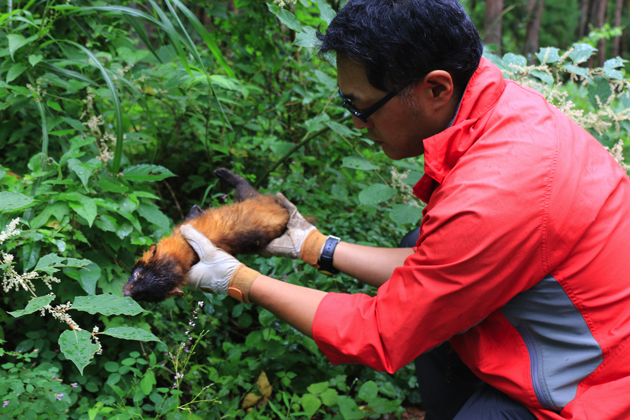 By gathering wildlife roadkill data near the base of Mt. Fuji and by making that data visible, the Wildlife Traffic Surveys aim to uncover clues that will help reduce roadkill. 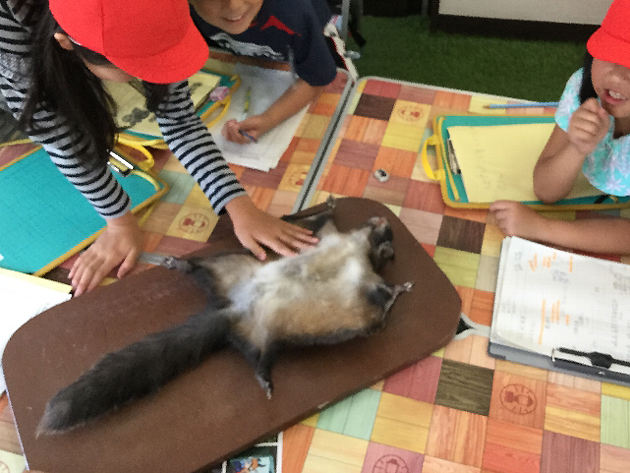 Although it had been pointed out that roadkill along forest roads, national highways, and residential roads near the base of Mt. Fuji was an issue, not much information was available that painted a clear picture. Of course, traffic along these roads directly impact wild animals, but roadkill can also be dangerous for residents and tourists. There have been many cases of wildlife collision and collateral damage caused by wildlife jumping out into the road. And what is more, since Mt. Fuji was registered as a World Heritage site, the number of vehicles including rentals have increased significantly.

These surveys first began by mapping out the location of roadkill using GPS. Next, photographs were taken of the road and roadkill, and information such as the length, height, sex, etc. of the animal as well as the time of discovery and weather conditions was documented. Based on this data, comparisons were made between weekdays and weekends with differing levels of traffic, and characteristics of the site of the accident from the aspect of animal ecology, the seasonal differences in the types of animals, as well as changes in the site of accidents were identified. This helped bring to light the geological and seasonal factors affecting roadkill.

Eventually, based on the database created, they want to propose an approach that utilizes ITC (car navigation, etc.) and state-of-the-art technology. The project at Mt. Fuji will serve as a pilot study in the meantime. The hope is that this will help reduce roadkill and propose a new way for wildlife and people to co-exist not only in Mt. Fuji, but also in other areas where nature is still preserved (especially at World Heritage sites and geoparks renowned for their natural assets).

Ultimately, the group hopes to introduce this infrastructure to other parts of the world including Australia, the country that gave them the idea for this project. Fuji Outdoor Museum believes that roadkill is one of the factors that impact Japan’s biodiversity. By helping reduce roadkill at the base of Mt. Fuji, they hope to help the area become a tourist-friendly environment that is also safe for wildlife.