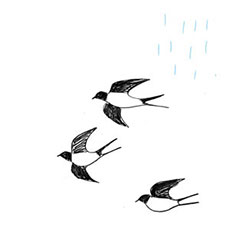 At the 2010 global diversity meeting held in Nagoya, the United Nations declared the period 2011 to 2020 ‘The Decade on Biodiversity. This was done to both help promote global awareness of the value of biodiversity and also to motivate people to take action so that we may realize, without delay, a society where man lives more in harmony with nature.

Soon after, the Japan Committee for the United Nations Decade on Biodiversity was established, and many programs have already been launched.  But what does it really mean to value biodiversity, and what actions can we take in our day-to-day lives?

In order to encourage both children and adults alike to value biodiversity in their daily lives, the Japan Committee for the United Nations Decade on Biodiversity adopted 5 actions proposed by CEPA Japan that can be readily incorporated into our daily routines.  This website introduces these 5 actions aimed at helping promote biodiversity as well as a wide range of related activities that are being implemented across Japan.

The “Biodiversity Action Award Japan” was established in 2013 in an effort to mainstream biodiversity by honoring and actively promoting activities being undertaken throughout Japan that contribute to 5 actions for biodiversity.Actions conducive to biodiversity conservation and sustainable practices are selected in 5 categories – “Eat,” “Feel,” “Show,” “Conserve,” and “Select”. An award for excellence is given to an action in each category, and the grand prize is awarded to the top pick from among them.This website, “Ikimonogurashi,” introduces in detail activities of each year’s award for excellence and special prize winners.

Once each year, the Earth completes its journey around the sun and this is what creates both the seasons and the unique environments of our beautiful, blue planet.  This rotation around the sun may be classified into 24 seasons or divided still further into 72 sub-seasons.  Cherished as part of Japanese culture, this calendar was first developed in China around 400 to 500 BC as a way to provide farmers with clear indications of the changing seasons, and phrases describing subtle seasonal transformations such as, ‘Plums ripen’ and ‘A cricket sings at the doorway also give a wonderful sense of Japan’s rich biodiversity.

This website introduces illustrations and poems that express the 24 seasons and 72 sub-seasons. Please come back and visit once in a while and take a closer look at the changes the natural environment undergoes.

Created by Think the Earth, this website adopted Ecoyomi in order to give a contemporary arrangement of the original age-old phrases.

This website was created with subsidies provided in the fiscal year 2012 by the Environmental Restoration and Conversation Agency’s Japan Fund for Global Environment.