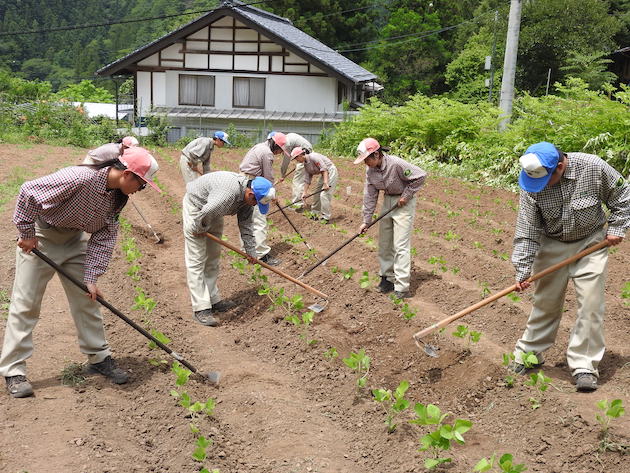 The aging population is a serious issue for the town of Kanna in Tano County, Gunma Prefecture, and as a result, its precious genetic resource has begun to vanish. Through efforts to revive and utilize the cultivation of “Akajaga (red potatoes)” and “Awabatadaizu (Awabata soybeans),” the research department is contributing to the preservation of the region’s genetic resources and its revitalization. 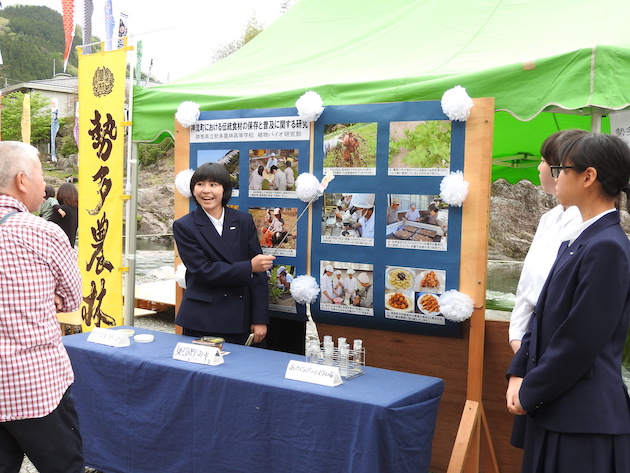 The students learned that soil, water, and genetic resources are the bedrock of agriculture and global food security. But what is most overlooked is the genetic resource of plants.

In order to realize a sustainable society through agriculture and social development, and to protect the plant genetic resources of the region, it is important to continue to cultivate locally and to secure reproducible retail prices, in other words, to enable commercial cultivation. That is why the students have made efforts to amass and utilize genetic resources; thereby revitalizing the region. The school’s efforts began in 2006 from research which led to the discovery of “Akajaga” and subsequently the “Awabatadaizu” in 2011, both of which are traditional vegetables of the town of Kanna, Tano County, Gunma Prefecture.

The town of Kanna is located in a hilly, mountainous area that has a rich endowment of both natural and cultural resources. However, the society is aging rapidly; In 2019, elderly citizens accounted for 60.6% of the town’s population, the highest in the country. That is why the students embarked on revitalization of the region utilizing traditional foods.

(1)Creating good phenon lines and providing seedlings
Farmers in the region have repeatedly cultivated Akajaga on their own, so the species is plagued by viruses. The students learned about shoot tip culture in class, and they have been attempting to create virus-free seed potatoes. With respect to Awabatadaizu, there was an issue with yield performance, so the students have focused on selecting the best phenon line and providing good seedlings to farmers.

(2)Rediscovering regional resources
The students gathered information about traditional farming equipment, foods, and local cuisine and organized cooking classes introducing local specialties to learn how to cook these dishes and to preserve the recipes.

(3)Developing Kanna’s signature product and spreading the word
Working together with a miso (fermented bean paste) shop, students developed “Okutano Miso” using Awabatadaizu and they are selling the miso at roadside stations, supermarkets, etc. Furthermore, they developed a new product for tourists using Akajaga, and have organized events with the help of a café, and sampling events at stores. The students are also undertaking various activities to spread the word about these products and local cuisines, including tasting events for elementary and junior high school students.