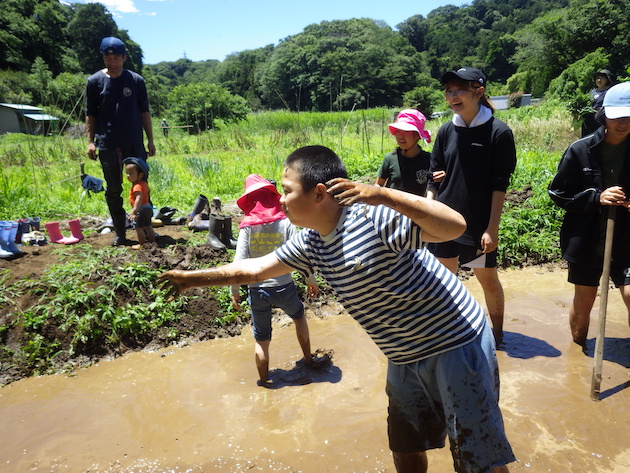 The Kawana green district is located within a 20-minute walking distance from the Fujisawa station. Although it is situated near the city center, there still remains approximately 30ha of satoyama in Kawana. And in the center lies Kawanashimizuyato. The rangers want to bequeath the nature in the district to future generations through their activities and by working with children of the community. 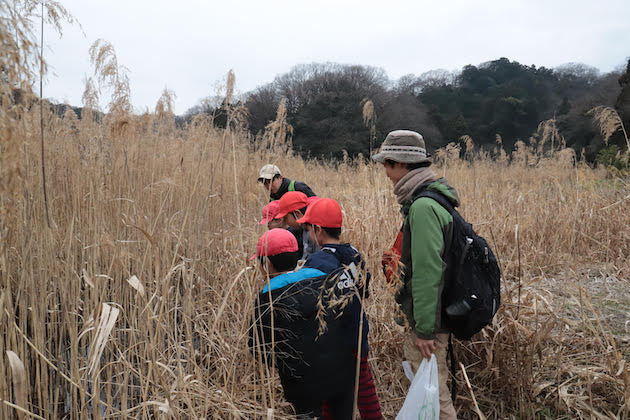 The Kawana Satoyama Rangers began as a group of people who love Kawanashimizuyato, who proposed in 1992 the reexamination of plans to construct an extension to the “Yokohama Fujisawa Line” that was to transverse the green district. The rangers have continued to communicate the importance, the greatness of Yato to the local community and governments through satoyama preservation activities such as nature observation sessions and clearing underbrush. From 1996, students from the Nihon University began to take part. And in 1998, teachers from the nearby Fujisawa City Shinbayashi Elementary School asked the rangers to help their students experience nature. Since then, the rangers have organized the “Yato Exploration” 4 times a year for third grade students as a comprehensive class. The motto of Yato Exploration is “To see, hear, taste, smell, and feel. To experience with your body.” Many people may think that because they remember the names of things, they understand nature. That is why the rangers intentionally refrain from teaching children names of things they encounter, and just focus on helping them experience nature.

Not everything about Yato is fun. But majority of members are university student who are active in Yato, and with them leading the way, the rangers hope that children who take part in Yato Exploration will feel that Yato’s nature is a fun place, and hopefully will grow up to become adults that will believe in preserving nature. Since it is an official class, of course, the rangers must do everything in their power to make sure accidents do not happen, but the leaders must also conduct site inspections beforehand to get a good understanding of the changes nature has undergone. There are about 30 leaders including graduates. They have never had any major accidents, and it gives them great pride that all the children of the community, including those who have disabilities, have an opportunity to take part and experience nature before they grow up.

In 2000, they changed their name from the “Group that love Kawanashimizuyato” to “Kawana Satoyama Rangers” with the desire to more actively encourage university student participation and to preserve the green district of Kawana together with the local community. Since then, university students have served as ranger chiefs. The rangers also undertake research on fireflies, on Japanese brown frog egg mass, as well as wild bird censuses. Their records are provided to the government, who use them to forecast what species may be impacted by road construction and to make informed decisions.