“Gyobu”: Activities to promote biodiversity together with human diversity 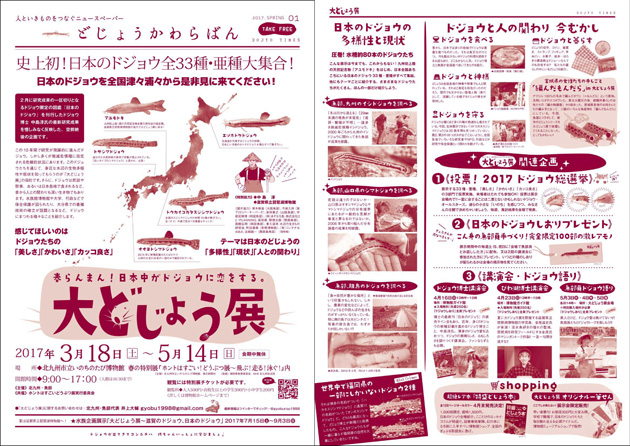 “Gyobu” consists of 320 professional and non-professional members from thirty-one prefectures in Japan, who are interested in nature and living organisms as well as the relationship between nature and man. Gyobu has been sharing its unique viewpoint and findings through the publication of “GyobuRu,” which promotes exhibitions in a museum that targets more than 100,000 visitors. 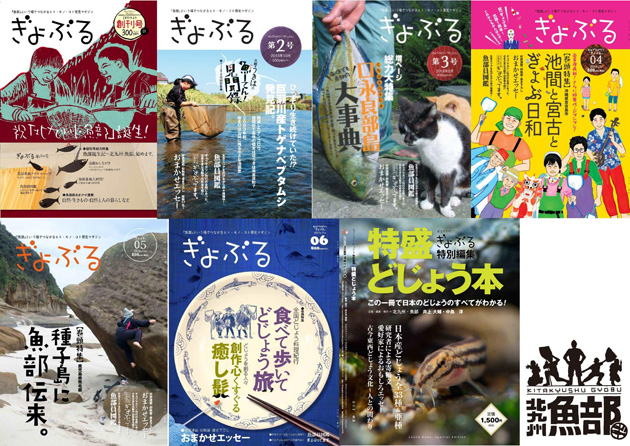 This is a network of approximately 320 professionals and amateurs from 31 prefectures interested in nature, living organisms, and the relationship between nature and man. The network expresses their unique perspective and insights about biodiversity through, for example, its magazine, “Gyoburu,” which encourages people to take part in exhibitions at museum that welcome 100,000 visitors.

Gyobu was originally started as an extracurricular activity at a high school and fifteen years later, in 2014, it was established as an official organization. Gyobu welcomes anyone who is interested in nature and living organisms. The network currently consists of more than 320 members from 31 prefectures including researchers, photographers, farmers, fishermen, professionals with various areas of expertise, and nature lovers ranging from school children to retirees men and women alike with a wide range of abilities and talents.

This initiative was first established as a high school extra curricular activity. The network was established in 2014 to carry on 15 years of the club’s activities. It is a network that anyone in Japan interested in nature or living organisms can take part. One of the characteristics of the network is the diversity of its members. Approximately 320 researchers, photographers, farmers, fishermen, professionals, and amateurs from various fields, from 31 prefectures are taking part. Their ages range from grade school to people in their 80s, and the gender ratio is 50:50.

Taking advantage of this diversity, Gyobu undertakes a wide range of activities to underline the importance of biodiversity. For example, in the spring of 2017, Gyobu organized the “Dai Dojo (Large Loach) Exhibition” at the Kitakyushu Museum of Natural History and Human History, and also helped organizing the second “Dai Dojo Exhibition” in the summer of the same year at the Lake Biwa Museum. The exhibition was based on the latest research findings of a Gyobu member who was known as a loach expert, and who has catalogued 33 species of loaches living in Japan. He is also well known in the research and interviews conducted by Gyobu in many parts of Japan. The multifaceted exhibition introduced not only a scientific perspective, but also the relationship between humans and loaches.

Furthermore, in the summer of 2017, Gyobu collaborated with the Kitakyushu Museum of Natural History and Human History on a special exhibition on “Riffle Beetles and Diving Beetles.” The very small riffle beetles are often called “stream fairies” and diving beetles live in still water marshes. By providing a closer look at these insects, the exhibition showcased the diversity of aquatic ecosystems near the human habitation.

Gyobu has been publishing GyobuRu, a magazine that is comprised of a cover story and various essays. Gyobu ensures that both the magazine overall and each article communicates a message about co-habitation to the rest of the world.
The GyobuRu experts write about nature from their own unique perspectives, and the discussions with experts are all very exciting and arouse the reader’s curiosity. The essays bring awareness to nature and living organisms in Japan.

For the cover story, the editorial board conducts researches, interviews people living in a specific region, and reports stories from “Gyobu’s” point of view. For example, the cover story for the third edition was on Kuchinoerabu Island. There has been a lot of news about the volcanic eruption and life after evacuation. And as these islanders readied themselves to go back home, “GyobuRu” introduced the history of the island, living organisms that inhabit it, and its amazing natural wonders. Without the help of local Gyobu members, “GyobuRu” would not have been able to provide such a detailed, observant report.

The fourth edition of the magazine focused on Miyakojima Island with its springs and Ikemajima Island.
And the fifth edition introduced Tanegashima Island.
*As of 2017, there are approximately 350 members (from 32 prefectures).