Surveying the relationship between people and nature 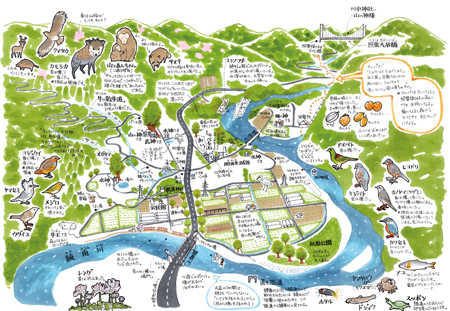 For 8 years from 2008, this group has surveyed the relationship between people and nature in 4 districts in the town of Aya, Miyazaki Prefecture. The group worked with the local community on the surveys, identified the region’s values, practical knowledges, and hopes, and created maps and brochures that helped the region rediscover and redefine itself. 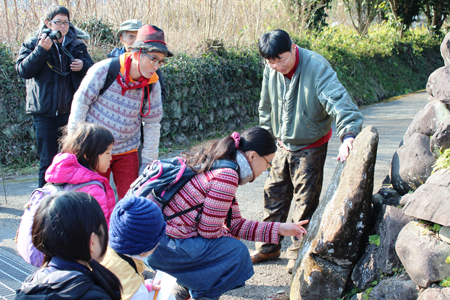 These surveys on the relationship between people and nature studied the nature invaluable to people of the region, sites they cherish, a sustainable way to use nature, and the lifestyle people have developed in relationship with nature; the results of such surveys were provided in formats useful for the residents. The surveys were conducted in cooperation with the residents, and brought the region’s values, practical knowledge, and hopes to light, and also helped the community rediscover itself and to take another fresh look at the region.

From 2008 to 2009, the Nature Conservation Society of Japan and survey members created a map reflecting the findings of the surveys conducted of the Uwabata Village, Aya Town, Miyazaki Prefecture. In 2009, surveys also began in the Furuya Village, and in 2010, the Teruha Forest Association continued with the interviews in the Furuya Village. Then in 2011, the association created a brochure, and in 2012 they put together a report of all the information they had gathered. In 2012, surveys of the Mokudo Village also began. Then a map was created in 2013, and a report in 2014. Also in 2014, the group began surveying the assets in the forests of Kawanaka and the lifestyles of people living in the area.

The activity to provide the results of the survey in formats the residents desired, lead to thinking about what should be communicated to whom, and to constructing future image of the region.