From Children of the Past to Adults of the Future 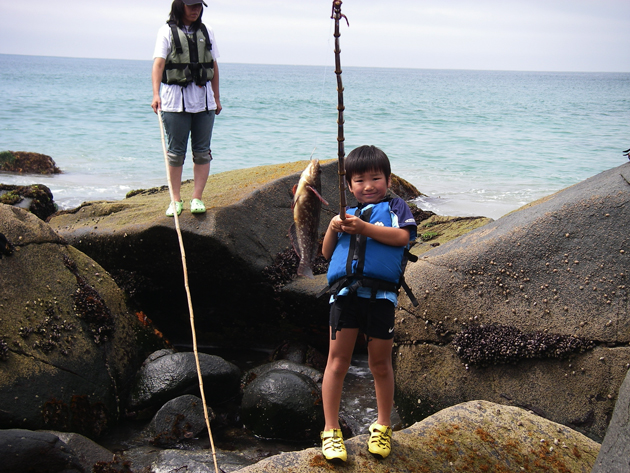 Ajisima is a marginal village with a population of around 400 people. If nothing is done, the island may become deserted in a few decades. That is why the Ajisima Adventure School is trying to pass on the island’s favorite pastimes such as its unique way of fishing for eel to children from other parts of the country. 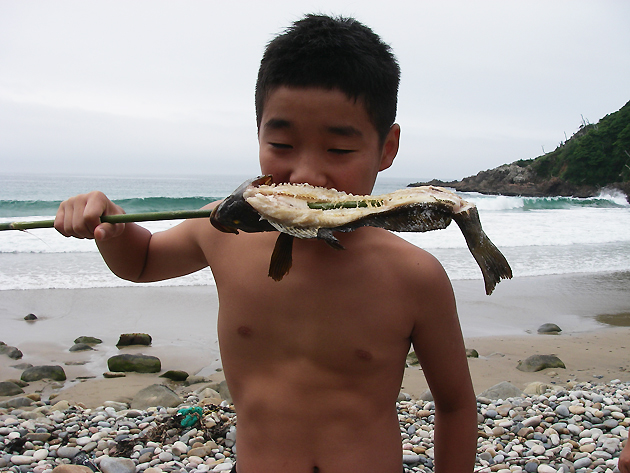 To pass down the memories of people of Ajisima Island, this initiative invites children from other islands to the Ajisima Adventure School. The teachers at this school are the island’s elderly, and they teach children about the island’s traditional cuisine including those made with whale and the favorite pastimes on Ajisima such as the island’s unique way of fishing for eel and carving pistols and propellers from bamboo using a knife. The children interact with the elderly with open minds and open hearts, and this is what is truly great about the Ajisima Adventure School.

Ajisima is not easily accessible. It takes more than 3 hours by car and boat from Sendai. In the past, it had flourished as a deep-sea fishing and whaling port, and there were more than 3,000 people living on the island. People spent months working on large fishing boats, and during the off-season they enjoyed relaxing and spending time with their family. But these industries died out, and people no longer had work, so many left the island. Moreover, immediately after the Great East Japan Earthquake in 2011, regular ferries to the island stopped operating, so around 100 people had no choice but to leave the island. Now, there are only approximately 400 people living on the island, 80% of whom are elderly and live on meager incomes from fishing and pensions. If nothing is done, the island may become deserted in a few decades.

The elderly living on Ajisima, now a marginal village, had envisioned a gloomy future for the island. But they were pleasantly surprised to see how children loved learning about the island’s pastimes, which until then they did not think had any value. And learning that they had value, made them feel proud about their island once again. The children’s smiles also help the elderly feel more energetic.

After the Great East Japan Earthquake, Ajisima was covered in tons of debris. Because there were so much of it, the elderly felt that they could no longer invite children to their island, but soon after, they received more than 100 letters of encouragement from the children. Feeling inspired, the elderly of Ajisima began clearing the debris. The debris in the ocean was cast ashore repeatedly, but they continued to clean up, and by the next summer, the ocean was safe enough to walk barefoot. The group is encouraging children afflicted by the earthquake to come to the clean ocean. The ocean became a scary existence for children who experienced the Great East Japan Earthquake, but they hope that children will come to feel that the it can be a fun.