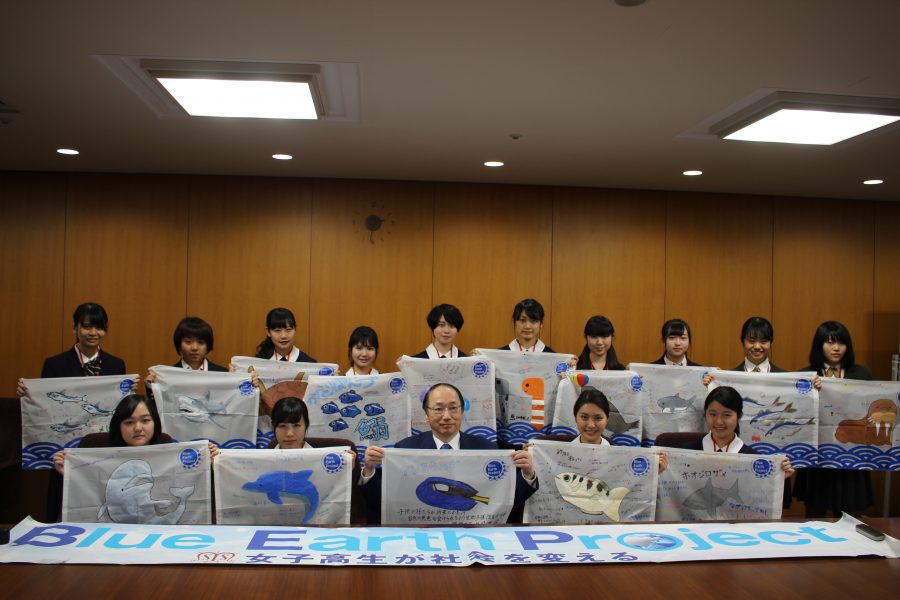 Visited the Minister of the Environment, Masaharu Nakagawa in March 2018 to report about the project. 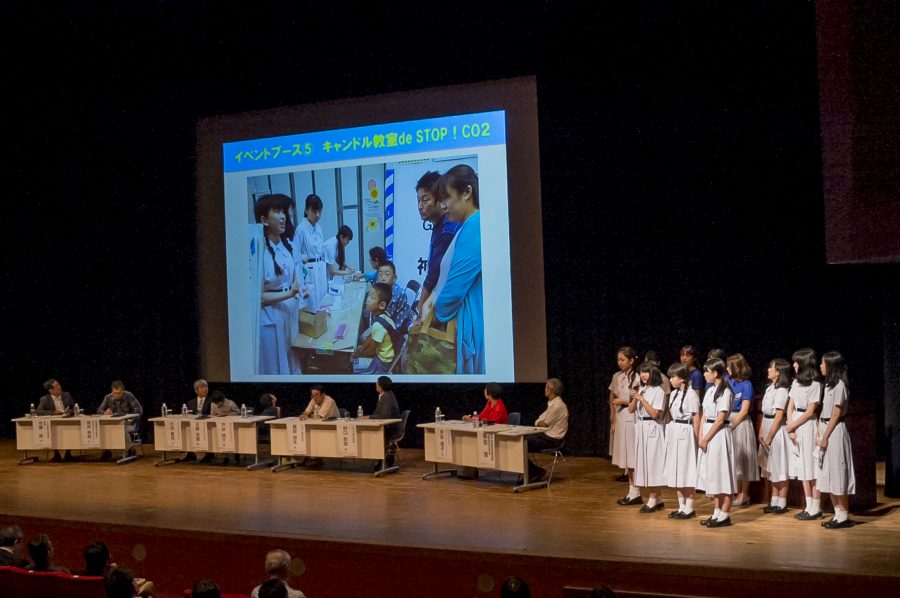 Reported on the project’s activities at the national meeting of the Japan Committee for UNDB.

In 2018, the Blue Earth Project undertook a wide range of activities including field work, PR activities, and events.

The first field work of 2018 was an educational tour of the Suma Aqualife Park. Participants took photographs of marine life on display they had never seen before, and reported about them to the aquarium staff, who then describe their biological attributes in detail.

And a former fisherman of Akashi turned charismatic chef gave the participants a tour of the fish auction and a cooking demonstration, providing participants an opportunity to experience how marine life can be transform into food.

After the field work, participants decided to create a “Biodiversity Large Catch Flags (60cm x 70cm).” This project communicated about the crisis marine life is facing in events held across Japan, and those participants, who empathized with the cause, wrote down their own commitments to the environment on the flag. The Large Catch Flags filled with declarations were then sent to aquariums all around Japan and are on display within their premises.

The project members visited restaurants to gain their cooperation, however, in order to enlist cooperation from aquariums across Japan, the project members reached out to them by phone and email. Although they expected some resistance, of the 34 aquariums they contacted, 21 aquariums starting with the Noshappu Aquarium in the north and the Kagoshima City Aquarium in the south agreed to display these flags.

At the Blue Earth Project ’18 event held at the Hankyu Nishinomiya Gardens on February 25, 2018, the project not only had displays, but an experiential booth that provided visitors an opportunity to become more familiar with the sea.

– To tell people about corals and surrounding biodiversity, they created VR content that enabled people to experience the beautiful underwater world, and organized coral dyeing classes using coral skeletons, etc.
– They also created experimental booths to explain about global warming and ocean acidification that affect marine life.
– Visitors also learned about how consuming locally caught fish leads to local production for local consumption and contributes to reducing CO2 emissions.
– They also introduced a lifestyle that encourages people to use less air conditioning by setting up booths that taught people to make hot pockets with red beans and brown rice, and booths that introduced seeds of mint, which has a cooling effect, grown in soil full of microorganisms.
– The quality of the stage is becoming better and better each year. They put on a very convincing performance that encouraged people to declare their very own environmental commitment.