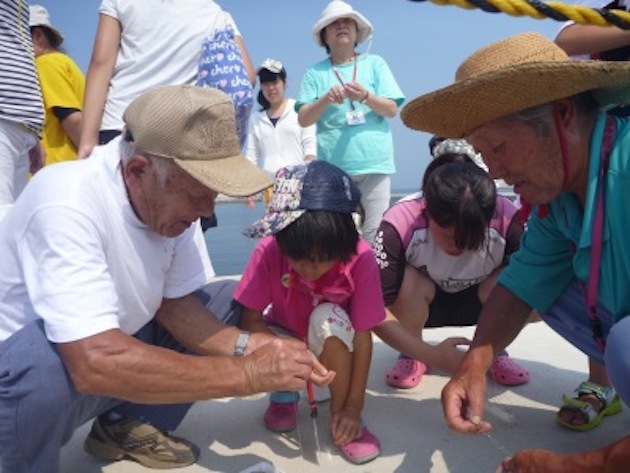 Every summer, the Ajiｰshima Island Furusato Fun School welcomes orphans who have experienced abuse or lost their parents in natural disasters to the island free of charge. By spending time on the island surrounded by its nature, talking to elderly men about the fishes they caught, cooking with the elderly women, and eating together, the islanders hope that the children will learn that they are cared for and loved, that they are a cherished presence. 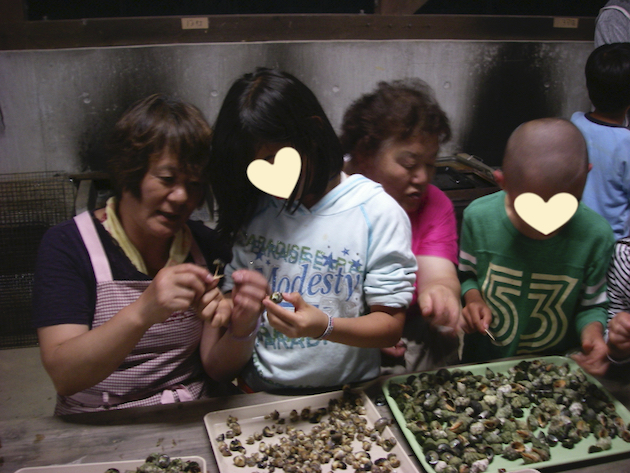 Long ago, Ajihama on Ajiｰshima Island used to be a very lively settlement full of children, and men and women, who made a living from deep-sea fishing and whaling. But as those means of living became outdated, it became a marginal village with about 70 elderly men and women and not one child. Children should be the treasure of any community. But seeing on the news how there were children suffering from abuse, the islanders wondered what they could do to help children who had lost their parents as a result of abuse. That is when they thought to open the Ajiｰshima Island Furusato Fun School all on their own, without the help of the government. They also wish to minimize the sadness of children who lost their parents in the Great East Japan Earthquake. So every summer, they invite such orphaned children to Ajiｰshima Island for 3 days, 2 nights free of charge, to give them an opportunity to spend time with the kind, welcoming elderly of the island and to experience the food on the island.

The island also welcomes with open arms university students who are interested in helping children affected by poverty, abuse, and natural disasters. Volunteers from across the country were very surprised when children who seem quite normal suddenly ask them, “Do you have a mom?” Children ask questions like this because they want to know where they stand, their place in the world. And from these questions, the volunteers can tell that the children are actually quite lonely. The island offers a rare opportunity to university students and other volunteers. In 2019 alone, the island welcomed 42 volunteers from all around the country.